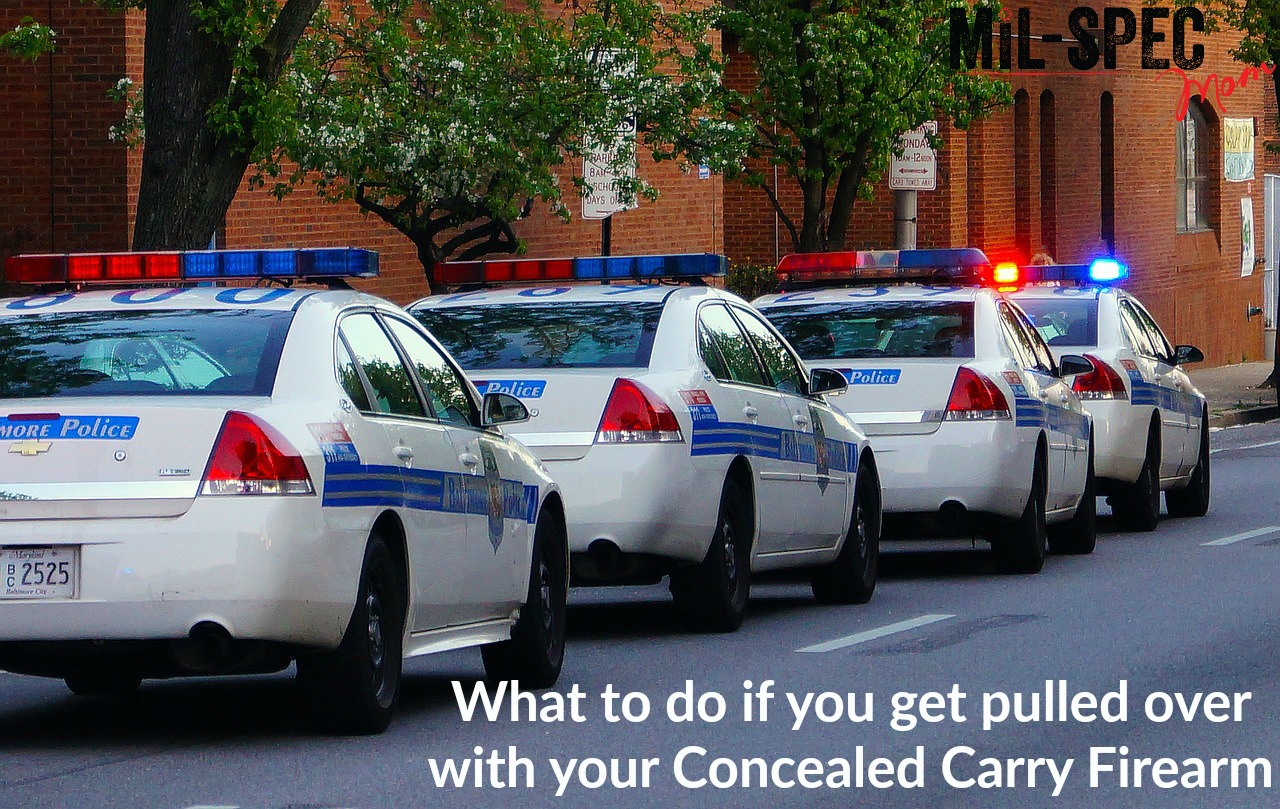 What to do if you get pulled over with your Concealed Carry Firearm:

We’ve all been there. You’re rocking out to Pink, having a good hair day, then suddenly a weird sound interrupts your music. Not to mention the red, white, and blue flashing lights that are now illuminating your rear-view mirror. Frantically you look at your speedometer and realize you’re going over “a little too fast”.

Now, normally this isn’t a huge deal. But, what if you’re carrying your concealed firearm. What’s the protocol for carrying concealed and dealing with law enforcement?

There have been many scary news stories about concealed carry permit holders that have been killed by law enforcement. Now, we are very pro-law enforcement. Let’s be clear about that. That being said there are some bad cops out there. Just like there are bad people intent on doing harm.

On top of all that, they are trained to read situations very well. They are trained to use escalation of force meaning they don’t go straight to using their firearm without using other things first. They might try to talk it out, they might start talking louder or yelling, then using a taser, etc. All of those things happen FIRST before an officer goes to lethal force. However, you don’t see all those steps in the jumpy cell phone footage. It seems as though people wait until the officer draws his firearm to draw their cell phones and start recording.

So let’s dive into what you need to do when you get pulled over:

Now, my hubby has been pulled over a few times. He has a wee bit of a lead foot. The most recent occurrence was in New Mexico. The speed limit was 75, he had the cruise set at 77. We crested a hill and missed the speed limit drop to 55! We got pulled over for going 23 mph OVER the limit! We had no idea! My hubby had his concealed carry permit, then military ID, then license hanging out the window so the officer could see that he was a permit holder AND that he was military. Both of those cards indicate that he MUST have a clear background.

Here is how the conversation went:

Officer: “Good morning Sir how are you?”

Officer: “Good Good! I assume by your permit here that you’re armed?”

Officer: “Where is it located?”

Hubby: “on my right hip”

O: “do you know why I pulled you over today?”

H: “mercy goodness, no that was my fault. I missed the sign! That’s way too fast. I’m sorry!”

The officer did give us a ticket but gave us a break on the fee. Just like that, it was over. He was a really nice, down to earth guy, who had kids and had been an officer for over 20 years already. He is a person with kids. He didn’t want to get into a confrontation. He was just doing his job; upholding the law.

The Dangers of an External Safety