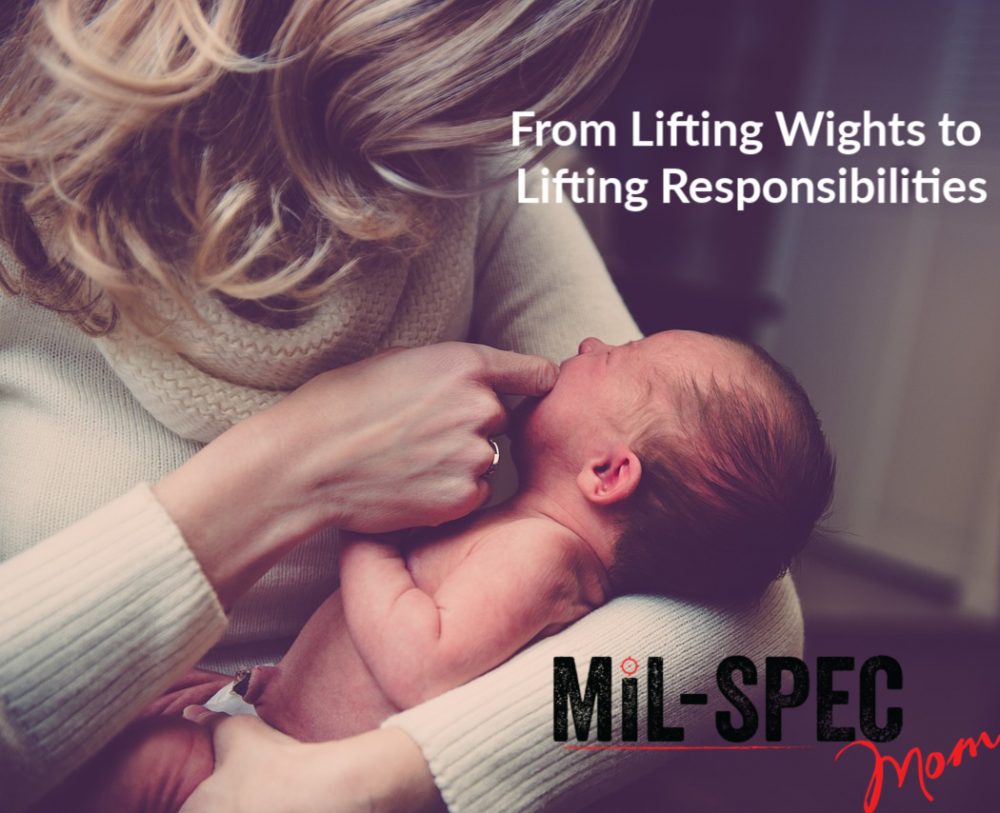 I’ll be the first to admit that I have struggled with body image. I mean we all have, right? We are bombarded by magazine covers, Instagram models, airbrushed everything, and celebrities that are back to pre-baby weight within minutes of giving birth. It’s hard to realize the falsehoods that hides within the bombardment.

If you want an amazing podcast regarding body image issues and the gospel, check out Risen Motherhood’s episode 71 entitled “Mom Bods & The Gospel”. The two ladies who run this podcast are incredible and real. They’re also hilarious, which just helps those hard truths sink in.

I have a lady who is near and dear to my heart…. And I’ve never seen her face in real life! How crazy is that right?! I “met” her on facebook back in 2011. She friended me because we were both fitness coaches at the time. We hit it off immediately. She is an amazing wife, an amazing mother, and we have the same sense of humor. We have bonded over the weird dog memes that make their rounds every year. She is an incredible example of a Godly woman who is still so very Brenna at the same time. Her kiddos are a bit older than ours so it’s nice to have someone who’s “been there done that”.

Seriously, am I the only one who snort laughs when I see these memes!?

We “Marco polo” often. If you haven’t checked out this app, is suggest you give it a try. I use it all the time. I polo my husband often and several friends. Brenna sent me a polo to ask how I was doing. My recovery from sweet little Elowen was tough. Her labor and birth were the longest out of my three kiddos. It was exhausting. I ended up with a postpartum hemorrhage and lost about 3 liters of blood shortly after having her.

I had to get an emergency blood transfusion and an OB doc had to clear the clots manually. I won’t go into detail about that, but it hurt worse than actually having the baby! Subsequently, I was on the couch for weeks. I don’t mean that I “took it easy”, I literally mean on the couch all day every day.

Telling a “doer” to sit on the couch and literally do nothing but get up to go to the bathroom is literally torture. I have never felt so worthless and so lazy and so….bored in. my. Life. It was a seriously tough mental challenge to constantly be told: “sit down, go rest, here let me…” It’s tough!

I didn’t have a choice however because I had zero energy for anything else! I was missing some blood, I had just had a baby, I had a traumatic birth. I could barely walk from my bed to the couch without getting winded. I could barely go check the mail without needing to rest.

I am a pretty fit personally normally. No more than average, but I enjoy working out (most of the time) and I enjoy building muscle and being strong. Those 6 weeks after Elowen was born I did so much of nothing that I lost so much muscle mass. It was sad to see all of it go away. I had worked so hard the summer before to tone up, count macros, and get into better shape, then I got pregnant, and the pregnancy was rough.

It just seemed like a never-ending pregnancy of issues. Cramps, bleeding, sharp pains, dizziness, Prenatal POTS even. But seriously, all pregnancies feel like a thousand years and nothing ever feels normal.

To circle back, I was lamenting to Brenna (still my fitness coach) about how disappointed I was in my muscle mass loss and how it sucked and basically throwing myself a sarcastic filled pity party. Then she sent me a polo back that changed my world. Literally. Changed. The. Way. I. Do. Life.

Here is what it said:

“Don’t get down on yourself for not lifting the weight that you used to lift, you’re lifting a lot of responsibility. Hang in their mama, cause you’re doing a great job. You’re raising three amazing human beings and sweet human beings. There’s a lot to be said for that and I just wanted to throw that out there.”

Those words melted into my very soul. I probably listened to that polo a hundred times because it’s exactly what all of us mamas need to hear! Often! Sure, it’ll be months before I can work out in any consistent fashion again. But, that’s ok. I am working on raising confident, confident, children and growing them in the Lord. That’s tough work! Far tougher than stairs after leg day.

So, I want to encourage you mamas, as I was encouraged. Take a step back and get some perspective. We are doing a good job. We are raising amazing human beings. We often have the weight of the world on our shoulders. We are constantly asking ourselves if we’re doing enough, there enough, engaged enough, reading enough, cooking enough meals from scratch. We’re constantly processing the question, “Are we enough?”

Short answer mama, yes. If you’re doing your best, most of the time, that is enough.

I struggle with this concept as I’m sure we all do. I struggle with doing things FOR my kids rather than WITH my kids. I “help” them clean up their room and make sure their clothes are folded and their lunches are packed, but that’s not engaging with them. That’s not playing with them, which they would rather have a thousand times over. There is a balance here that I feel like I often fail, and I lean towards the “doing” side of the tetter totter rather than the “being with/playing with” side.

There is a time and a place for that too though. The kids need clean clothes and school lunches aren’t going to pack themselves. But in the meantime we are trading dumbbells for the responsibility of rearing God Loving, God Fearing children. We’ll get the dumbbells back soon enough mama, we will lift weights again. Our current calling has a much higher purpose.

Retirement, college, and the empty next: coming to terms with the point of parenting.

How to financially prepare for a disaster