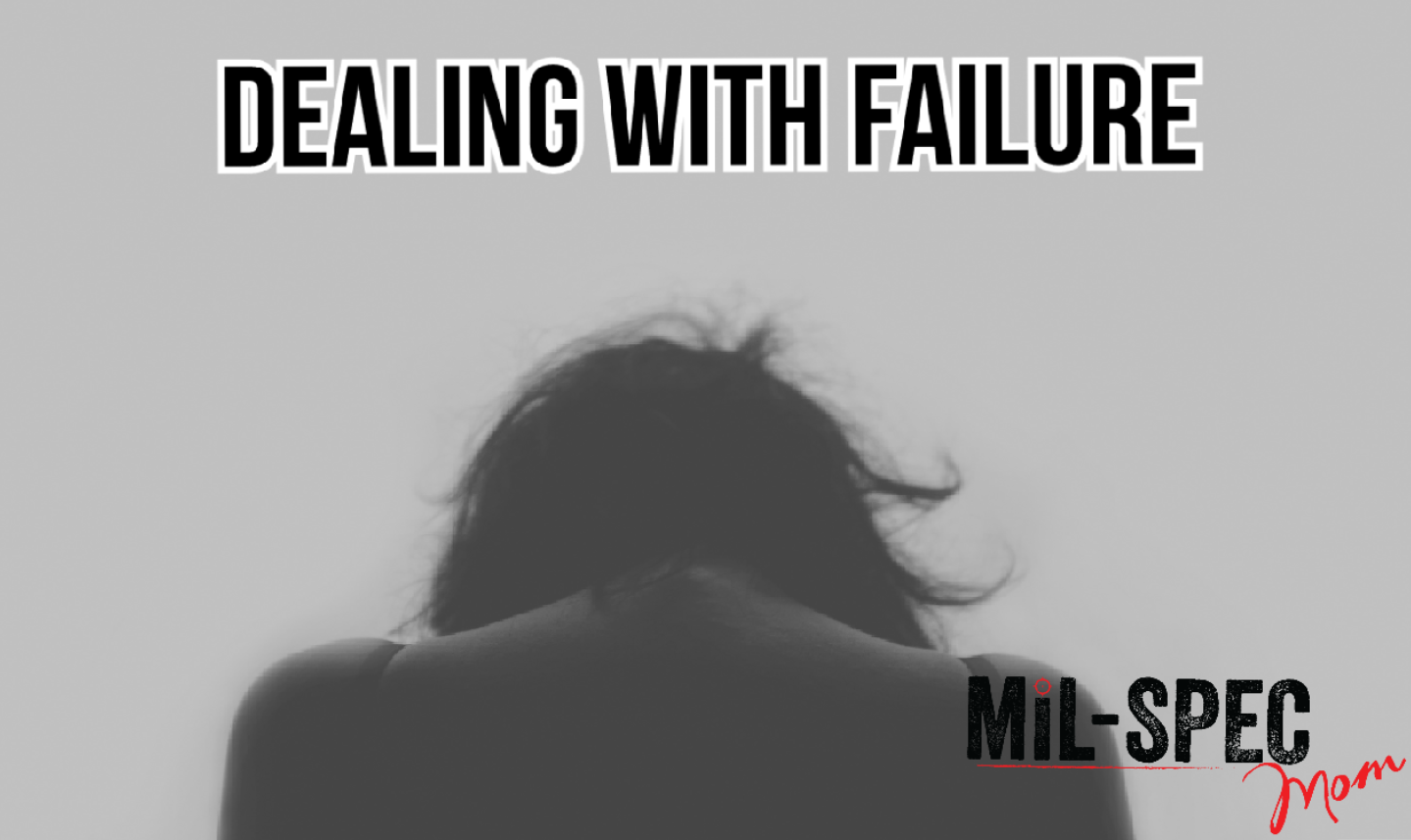 Dealing with failure is tough. We’ve all been there. Sometimes it’s really public, and sometimes we try desperately to keep it from being obvious due to embarrassment or shame. Without a doubt, however, each of us has encountered this at one point in our life. I’ve failed. A lot! As I’m sure you have! Although it’s one of the best ways to learn it’s also the most embarrassing way to overcome something.

My most recent bout with failure came in the form of leading a mom’s group. It was like MOPS, but without all the rigidity. Our previous leader was burnt out and was expecting her third child. When she first told us that she would be resigning after the school year was done, my first thought was, “well, that stinks, but I totally understand”. Mind you I wasn’t shooting my hand up and volunteering to take over this group!

I was later approached by the leaders, one of whom is a dear friend of mine, asking if I would be willing to simply consider it.  I prayed over this decision, as I do with nearly all my decisions and strongly felt the Lord telling me that this is something that I need to do! So, I did.

I planned the curriculum around marriage and my dear friend helped me with the childcare aspect (by far the harder part). After some careful thought, I decided on marriage rather than parenting because that’s what the group had covered for the previous two years. Marriage, I figured, would freshen things up. I truly believe that Biblical (or even respectful) marriage is under attack these days, far more than Biblical Parenting. It was now up to me to advertise (texting ladies, and social media of course). With excitement, I waited for the first month and we had 15 ladies. This was a little disappointing because of the year previous, under different leadership, we consistently had over 25. I chalked it up to different leadership and back to school. However, over the next few months, it was clear that our numbers were consistently dropping.

While I’m not in the “popular” crowd at church, I’m not generally unliked! My husband and I often fall into the category of “those people”. We fall into this category by saying things that no one has the gumption to say. It was very difficult for me to reconcile that in my brain between “they don’t like me” and “it’s just an off year”. I still couldn’t tell you which of these are the issue here, but what I know is that I feel like I failed. I planned a really cute Christmas party and I had 4 ladies show up. Four. F for failure. I worked for hours on cute games and spent a lot of time to social media inviting loads of people. And we had 4 people.

I’m not sure why it seemed like such a failure. I know 2016 was terrible for a lot of people. Things get busy and our priorities shift. What I’ve come to realize is that failure is a part of life. We’ve all heard this cliché saying before, but it’s cliché because it’s true! It is a part of life and sometimes it has to do with you and sometimes it doesn’t. Sometimes it’s your fault and sometimes it isn’t. That’s life. That’s just the way things are! We must “embrace the suck”.

Now, I’m sure you’re wondering what happened to my mom’s group. Well, this year will be my first, and last the year leading it. It will probably take a hiatus as a group and may stop existing altogether. It’s out of my hands at this point. But, as much as it stinks and I feel like a failure, it does give me more time to work on my Dual Masters Degree and spend time with my family. So all is not lost. Not this time.Some things to remember during failure:

I’m sure there will be more things that I fail at. Part of me has peace about this because I know I will learn something from the process and experience. Part of me also hopes that the next failure will be invisible to others to save myself from embarrassment. However, I can be content that the Lord has a plan and will work all things out for His glory!

The four category budget that changed everything