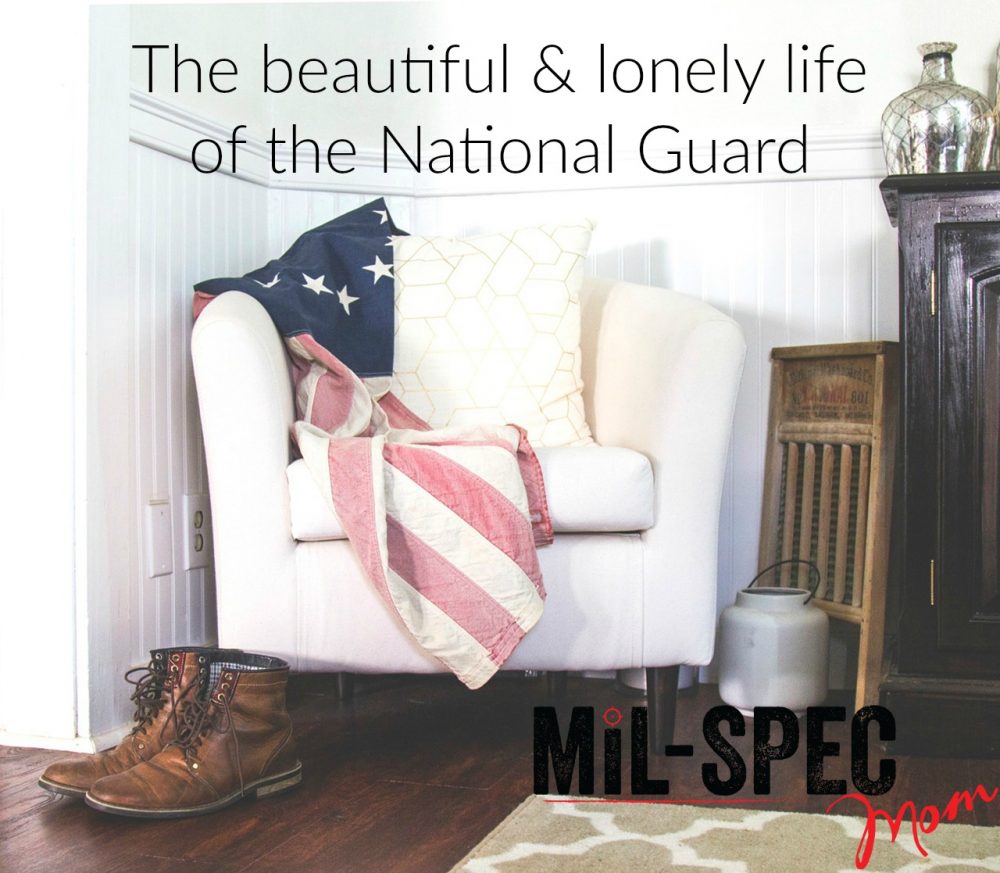 The main difference between the active duty army and the national guard is who controls us. Active duty military is a federal organization and is controlled by the president. The national guard is the state’s military and controlled by the governor of each state. The president can’t use the NG in any capacity without the governor’s permission. This is exactly how the Constitution intended it to be.

However, the life of a guardsman and their family is a lonely one. We are the outcasts. We are the bastard child of the military. Especially that of the full-time military. In all honesty, it can be a great life. It’s great and lonely, here are a few reasons why:

Through asking hundreds of National Guard spouses what their greatest frustrations, I’ve learned a lot. It’s been funny, sad, infuriating, and even heartbreaking reading some of the comments when I asked what was the most frustrating aspect of the national guard. What the main issues seem to be is the lack of an FRG, the distance from the families to the FRG, and communication by EVERYONE.

If you’re a guard spouse and have been shaking your head in agreement with this post I want to encourage you to be the squeaky wheel (in a good way) and think about starting a local group of military wives for support. Whether it’s through your FRG or not, it could benefit everyone. If your FRG is nonexistent, maybe YOU should try to get it going and make it not suck. If you’re looking for a more online approach maybe YOU should start an online state-specific national guard/reserve spouse group.

The options are out there if we want them. We just need to start doing the work to find them or make them. While it is the commands responsibility, they can’t fix something unless they know it’s broken.

The ‘C’ word of parenting: Being a consistent parent

The girl who cried at the gun range